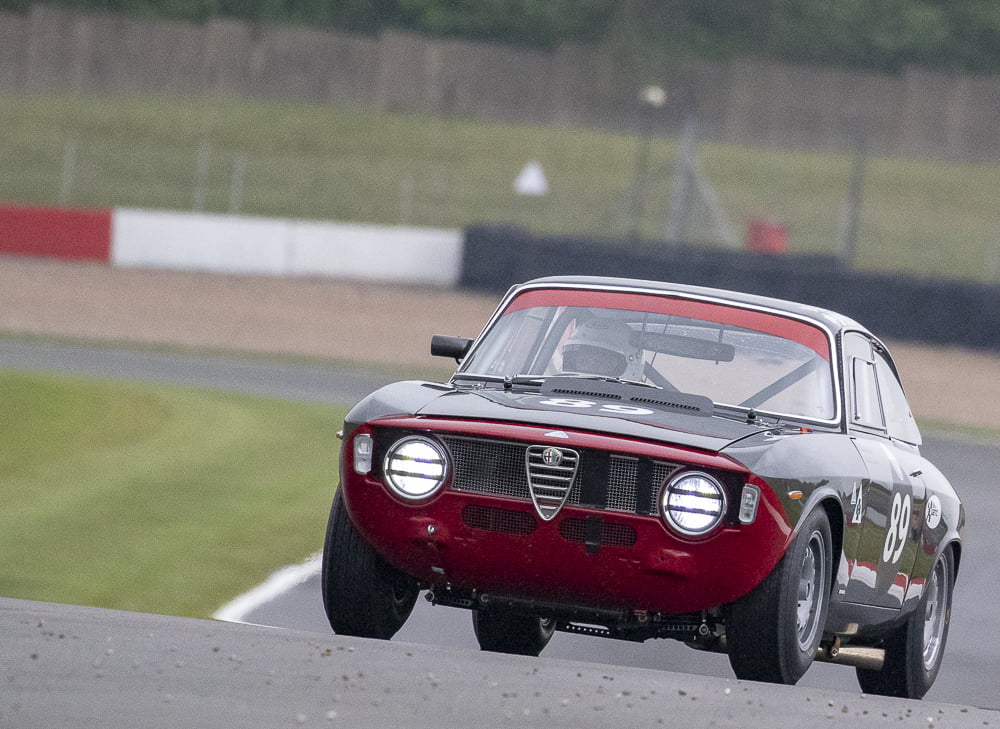 Running under the wing of Motor Racing Legends for the first time, the U2TC series opened its 2019 calendar at the Donington Historic Festival with a consummate victory for brothers Andrew and Max Banks.

Sunday’s hour-long race was typically hotly contested by an encouraging field of under 2-litre Pre ’66 Touring Cars and the Alfaholics-entered Alfa Romeo Giulia Sprint GTA was able to see off the Lotus Cortina hordes on this occasion. 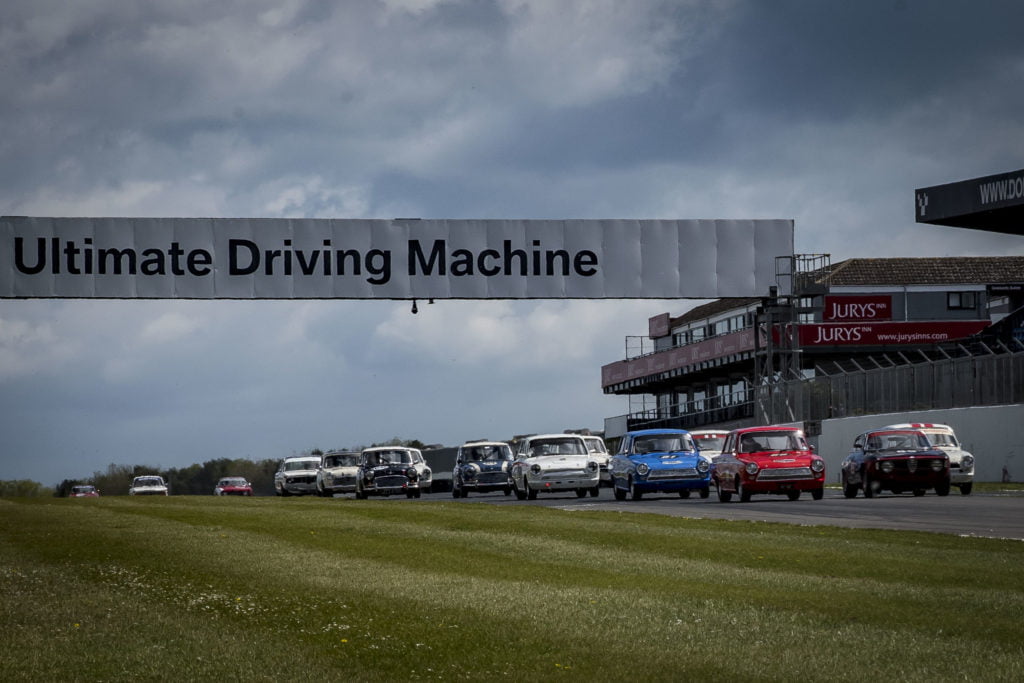 The damp track for Friday’s qualifying played to the car control of BTCC racer Andrew Jordan in the Lotus Cortina of U2TC newcomer Peter Chambers and Andrew put the Jordan Racing Team car on pole by a fifth of second from the Banks’ Alfa. Making it two JRT cars in the top three was third fastest Oscar Rovelli and Ambrogio Perfetti, while British GT contender Shaun Balfe rounded out the top four with his Cortina. Steve Jones topped the Minis by a whisker from the car of Graham Churchill and Peter Baldwin as the evergreen Baldwin started his 52nd consecutive season of racing, the vast majority of them in Minis of various types. 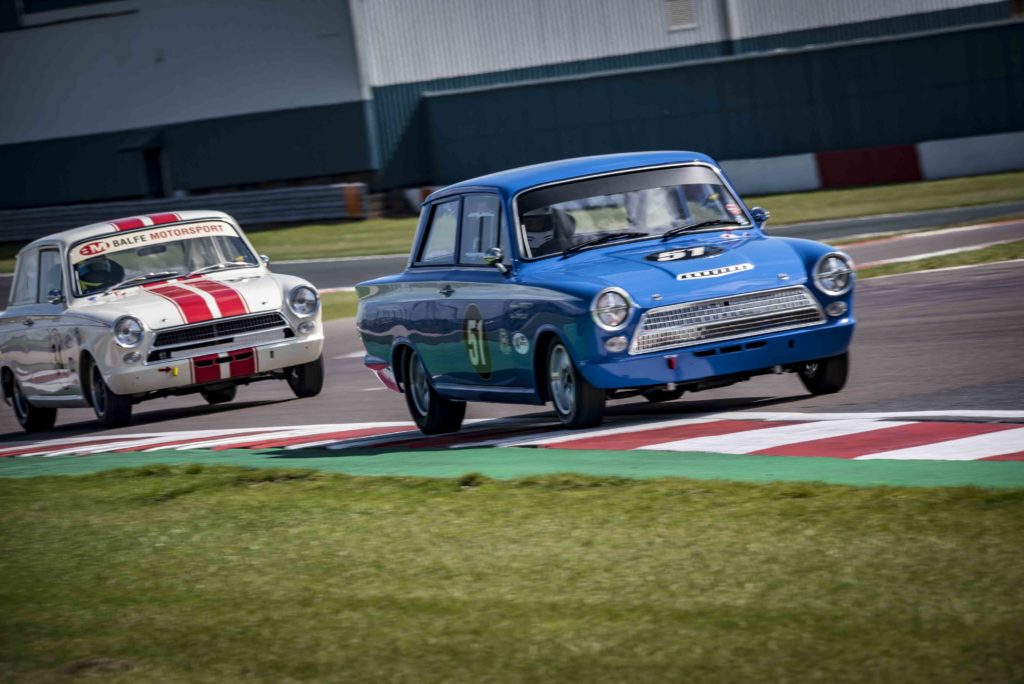 A fully dry track for Saturday’s race played to the strength of the Alfa and the Banks were able to ease away steadily to build what eventually became a winning margin of more than half a minute. However, in the wake of the Alfa, things were far less settled as Balfe had a race-long battle with the Rovelli/Ambrogio Cortina. There was never much it in on the road although the Rovelli car later picked up a five-second penalty over track limits. 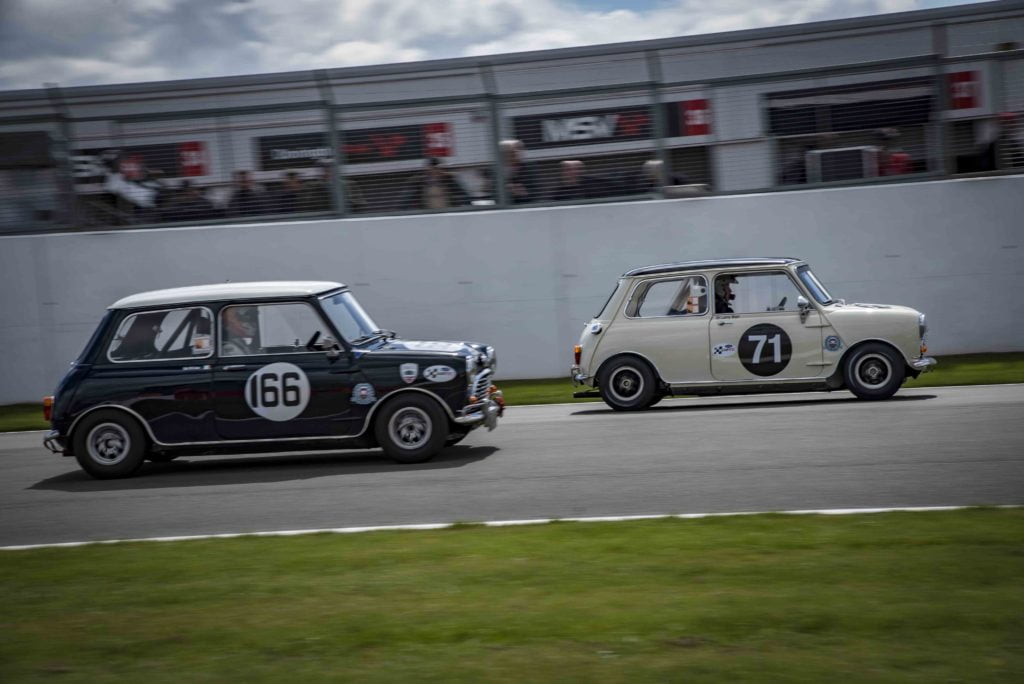 But that didn’t detract from a fine battle on the road and after 42 laps less than half a second split them as Balfe narrowly got to the line first. Chambers drove a strong stint in fourth before handing his car to Jordan and, despite setting second fastest race lap on the car’s 40th lap, Jordan could not close the gap to the cars ahead of him. 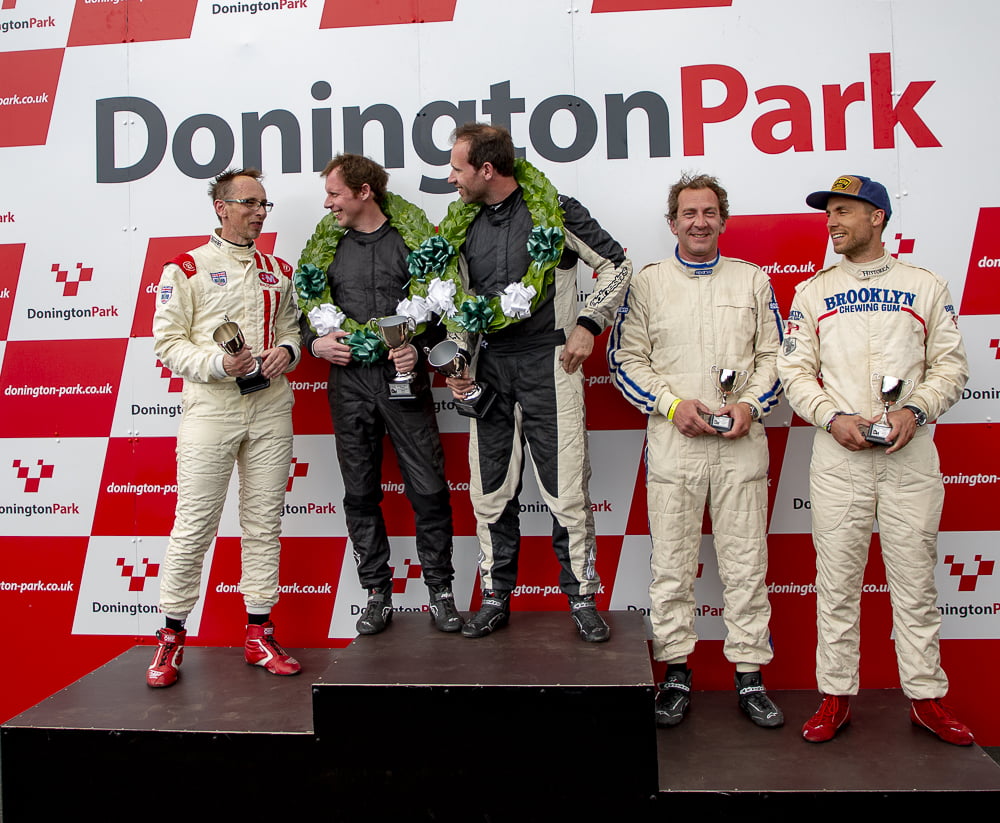 Martin  Strommen, John Spiers and Alberto Vella battled for much of the race over sixth place and finally finished in that order in their Cortinas, while Baldwin/Churchill got the better of Jones to win Class B.